With the aim of increasing awareness on Bajaj QUTE a total of 100 participants (60 in Anuradhapura and 40 in Jaffna) were present at this event. Children  took part in the Art Competition held on 8th and 12th November 2019 in Anuradhapura and Jaffna respectively with their parents present.  A Bajaj QUTE vehicle was displayed at each venue for the children to use their creativity and draw pictures under the theme of ‘කියුට් එකයි මගේ පවුලයි'. Gifts were given to all the participants and it was a fun- filled day with test drives also available to engage families. 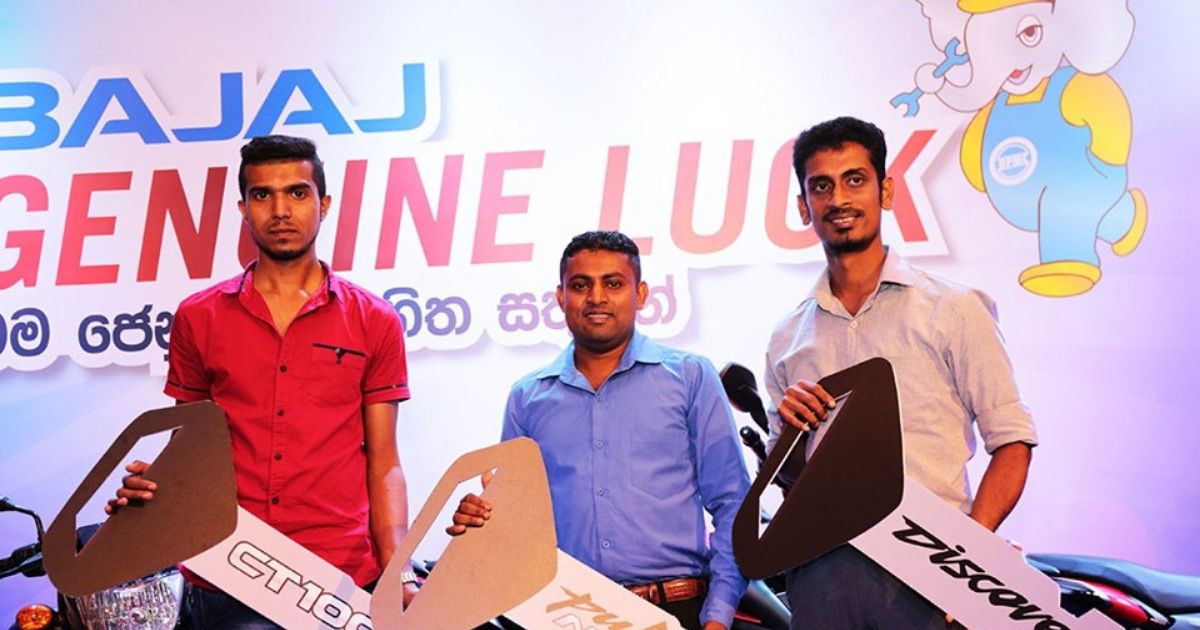 Bajaj Genuine Luck is a special prize draw which was opened for Bajaj genuine spare parts customers from February 18, 2019 to April 30, 2019. During this period spanning 11 weeks, 10 gift vouchers worth Rs. 15,000/- were awarded each week for customers to purchase DPMC-MRF tyres at the prize draws held weekly. The grand finale of these weekly draws, awarded three lucky winners with Bajaj motorcycles.

The grand prize of Bajaj Pulsar NS160 was awarded to K.D.S.K Jayaratne of Wattegedara in Kurunegala while Sampath Premakumara of Magammana in Homagama received second prize of Bajaj Discover 125. The third prize…